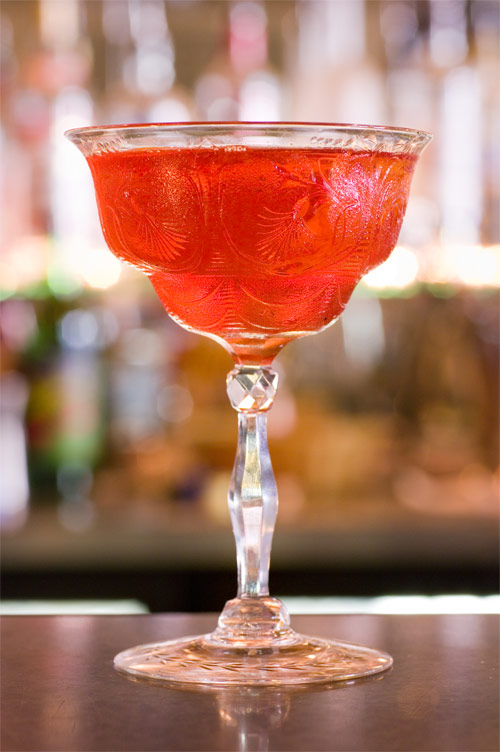 This recipe is a twist on a classic cocktail known as The Old Pal. If you’re not familiar with it, you might be familiar with its sibling — the Boulevardier — which has overshadowed it in popularity for years. Both drinks are 1920’s creations by Harry MacElhone — cocktail pioneer and founder of the infamous Harry’s New York Bar in Paris. Harry attributed the Old Pal to a writer known as William “Sparrow” Robertson, who called anyone he talked to his “old pal.” Turns out Sparrow Robertson has also been described as a “cocky, antique, legend-crusted peewee,” so it’s no surprise that the Old Pal comes packed with an aggressive bitterness.

In the Sparrow, I toned down the bitterness by cutting the Campari with its milder brother, Aperol. Not only does a touch of Aperol bring out the fruity tones in the rye, but the aperitif’s mandarin orange flavor plays nicely with the chocolate and cinnamon notes of the mole bitters. Add the smoky finish of Laphroaig, and you’ve got a sophisticated, six-ingredient cocktail that is sure to please.