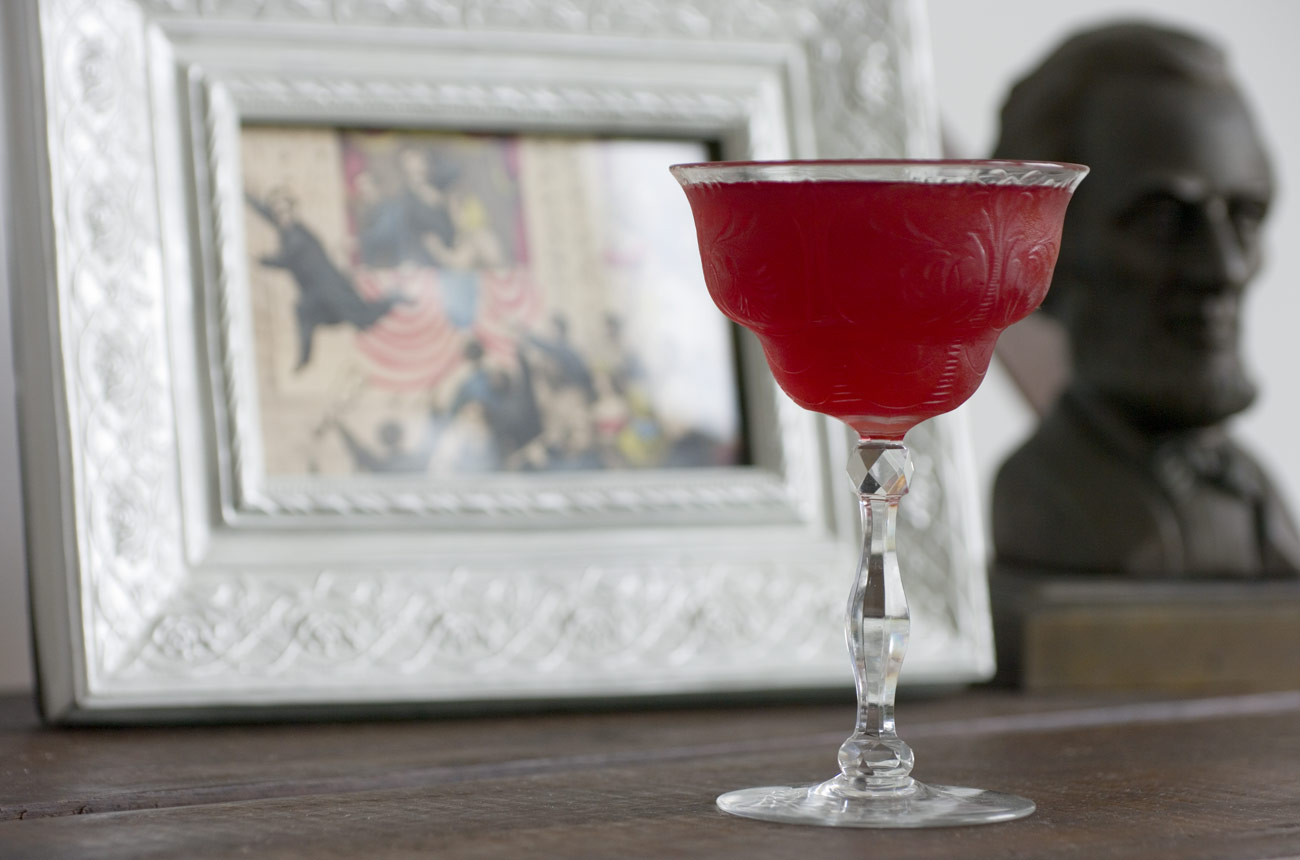 Thus Always To Tyrants, the infamous phrase shouted as John Wilkes Booth jumped from Ford Theater’s balcony after he assassinated Abe Lincoln. The phrase is said to have originated with Brutus during the assassination of Julius Caesar. It’s also the Virginia state motto. So what better whiskey to feature in this cocktail than Bowman Brothers Small Batch Virginia Whiskey. I incorporated a touch of Smith & Cross Rum and homemade cherry gastrique to include a cherry vanilla component. Then I added Dolin dry vermouth and lemon tree bitters to balance the sweetness and brighten up the cocktail.

Add all ingredients in a mixing glass except the garnish. Stir with ice. Strain into a chilled cocktail glass. Garnish with a lemon twist.