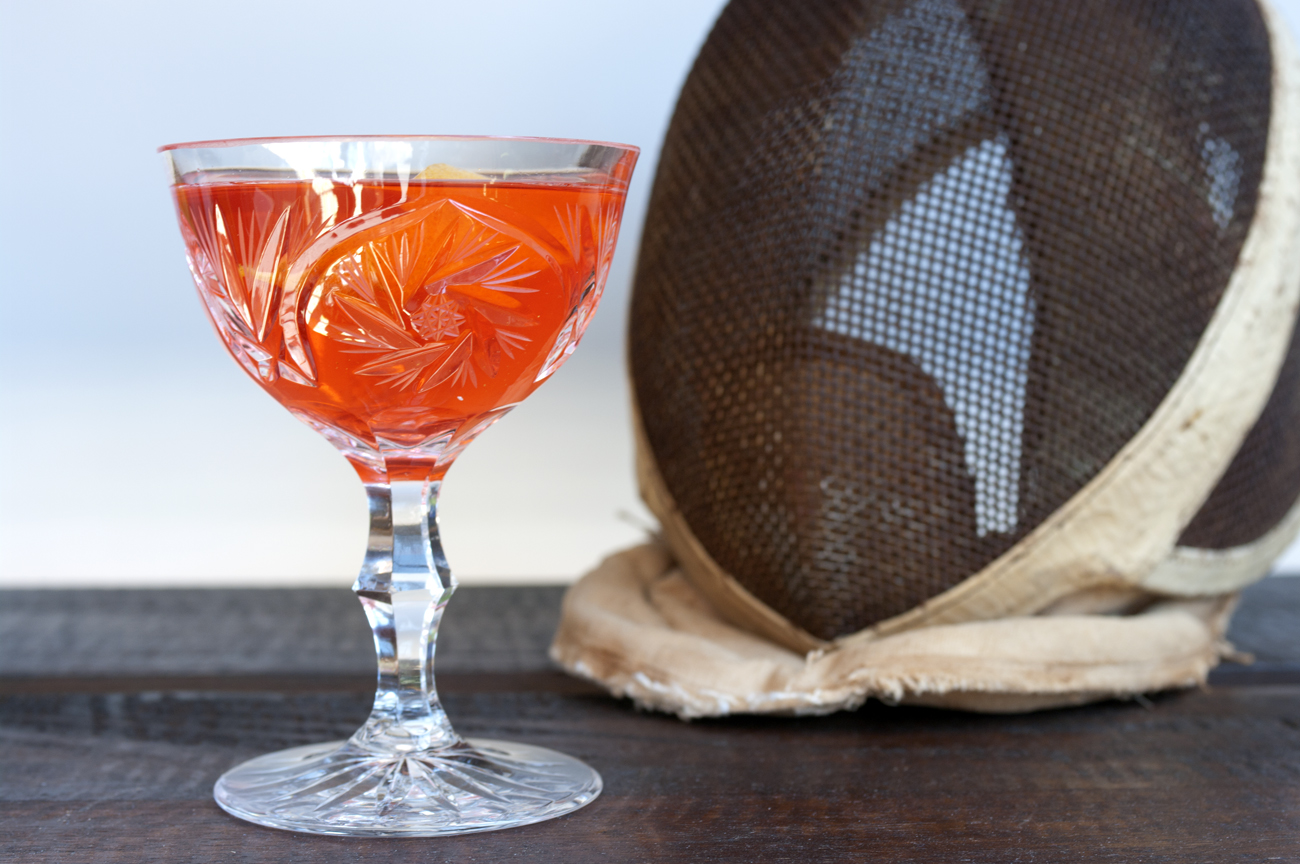 I’ve created a modern twist on the classic above that shifts the orientation from orange to grapefruit. With the craft brew scene gaining popularity in the United States I decided to feature a familiar flavor profile, the pairing of hops and grapefruit. I made a grapefruit hop syrup that gives this recipe a magnificent citrus and hop aroma. And I paired that with the citrusy quinine bite of Cocchi Americano.  I also like how the subtle Artemisia flower notes pair with the hops. Bluecoat Gin is my choice of gin here. Feel free to deviate. I chose it because its aroma and palette includes a lot of citrus.

Stir all ingredients except the garnish with ice. Strain into chilled cocktail glass. Garnish with the grapefruit twist.