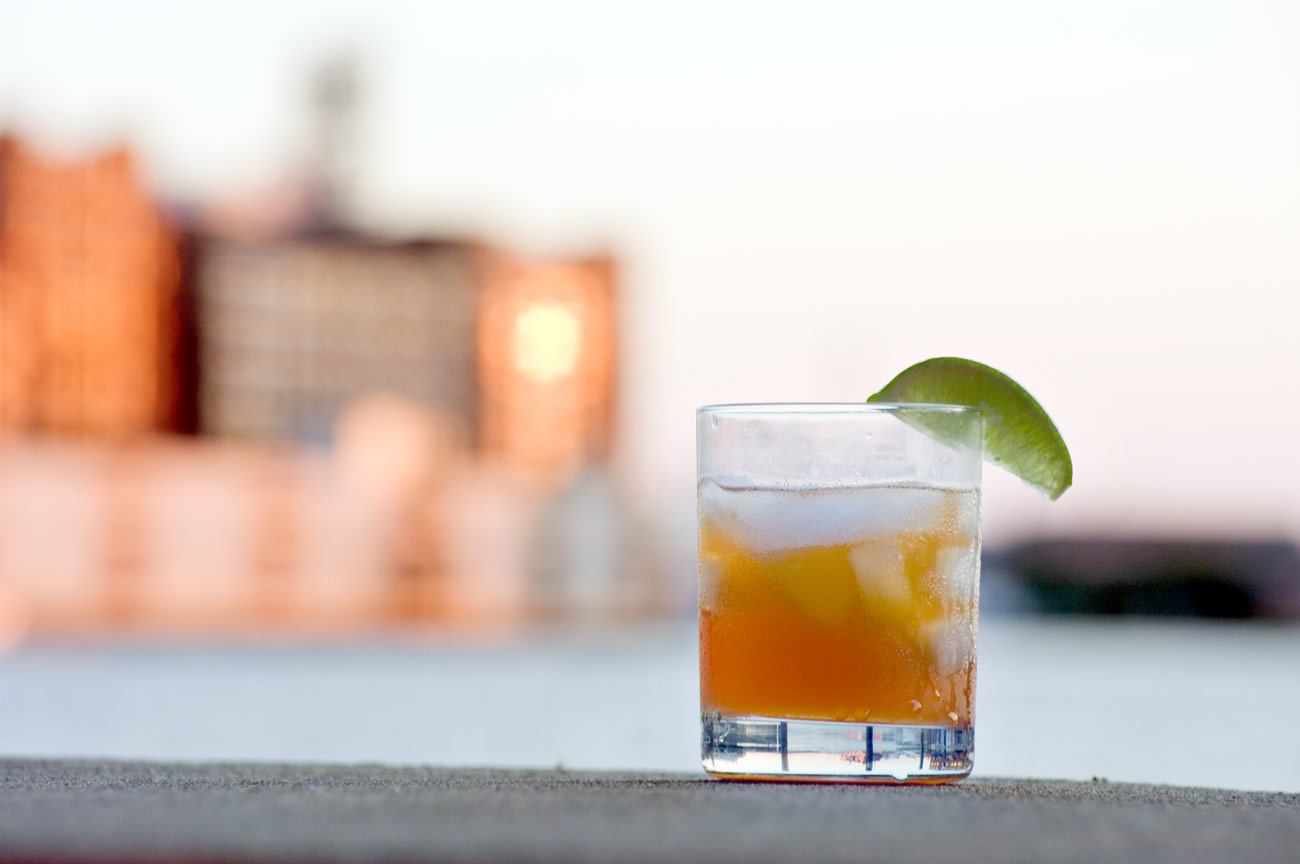 Through all of my research I haven’t been able to identify the origin of this fantastically simple cocktail. If you do your own digging you’ll find a few informative articles out there and most of them will list Cruzan Blackstraps Rum as the base liquor. It’s this rum that gives the cocktail it’s crude oil complexion and it’s fitting name. However, I find that the Cruzan Blackstrap Rum over powers the subtleties of the falernum, the real star of this recipe. I like to use the big, round and mellow El Dorado 12 year. It’s not nearly as sticky sweet and lets the falernum speak it’s mind. If you prefer Jamaican Rum give Blackwell Rum a try. Since I’m altering this recipe I also took the liberty to create a twist on the falernum. After a handful of experiments I discovered that an Aperol falernum plays very nicely in this recipe.

This cocktail recipe is so simple I like to build it directly in a double old fashioned rocks glass. Add your rum, falernum, bitters, and then squeeze one lime wedge into the rocks glass. Add ice and stir. Garnish with the other lime wedge.