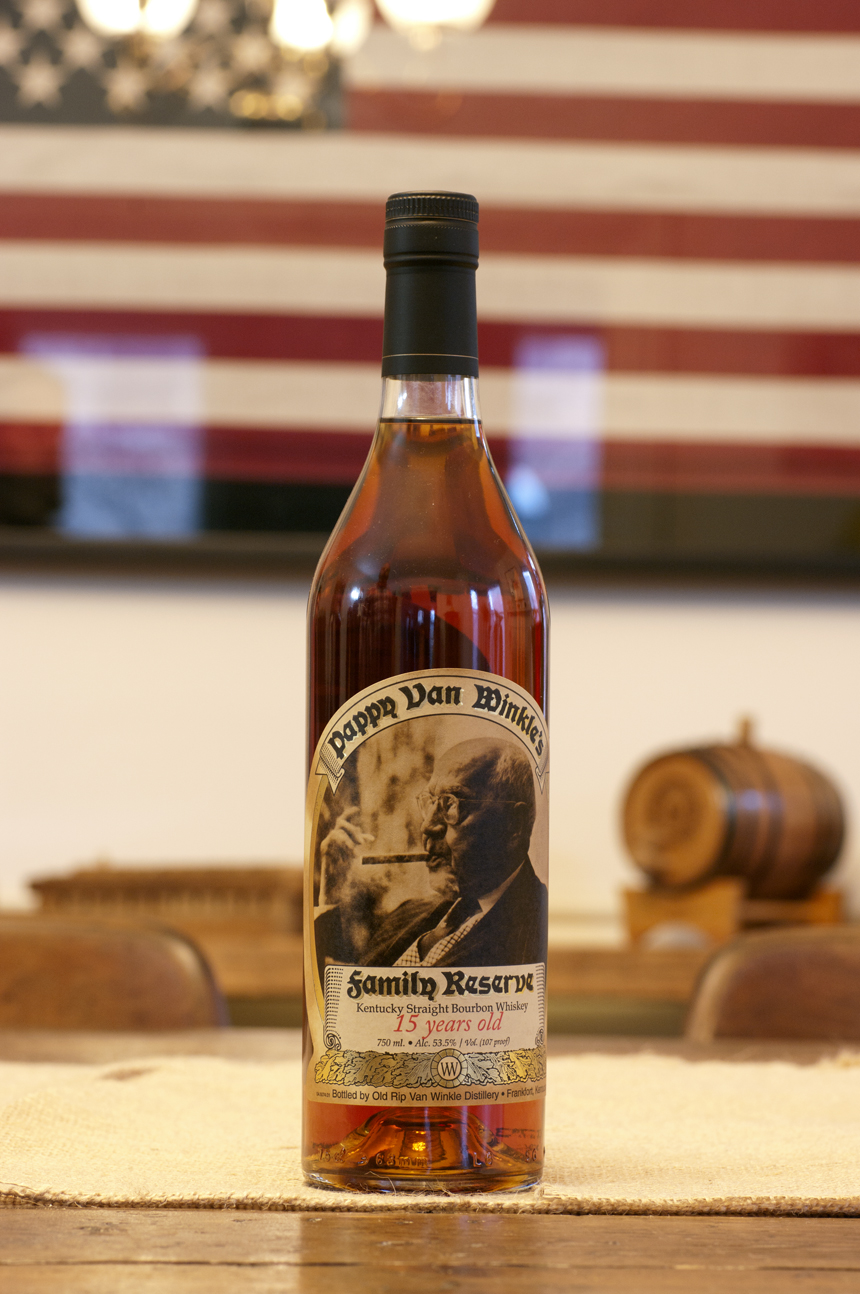 Well, we were lucky enough to get our hands on a bottle of Pappy Van Winkle’s Family Reserve 15 year, which some say is the best of the product line. It wasn’t an easy task securing a bottle; that’s for sure. This wheated bourbon line has a cult-like following. The craze got its start in 1996 when Van Winkle 20 year was submitted to the prestigious Beverage Tasting Institute. It received an unheard of rating of 99 out of 100. It snowballed from there, getting endorsements from Anthony Bourdain, David Chang, Sean Brock, and even Bill Cosby. It’s not uncommon to see bottles marked up to $500 or even $1,000. And to think, Pappy’s business philosophy was: “At a profit if we can, at a loss if we must, but always fine bourbon.” I don’t think they’re having any issues in the way of profits these days; but, just because it’s popular doesn’t mean it’s good. So we sat down and sipped some.

Nose: This has a really pleasing nose. We were picking up marshmallow, toffee, vanilla, coco, cherry, dried fruit, and brown butter. There’s a lot of charred oak as well; which, had us thinking of cherry flavored pipe smoke.

Palate: It’s buttery thick and coats the mouth with vanilla, almond, and dried fruit. This might sound weird, but, the palate experience ends with a very dry oak and graphite flavor… pencil-like.

Finish: The finish is almost too smooth for a 107 proof bourbon. The robust oak flavor lingers in the mouth for a very long time. It sticks with you through thick and thin. 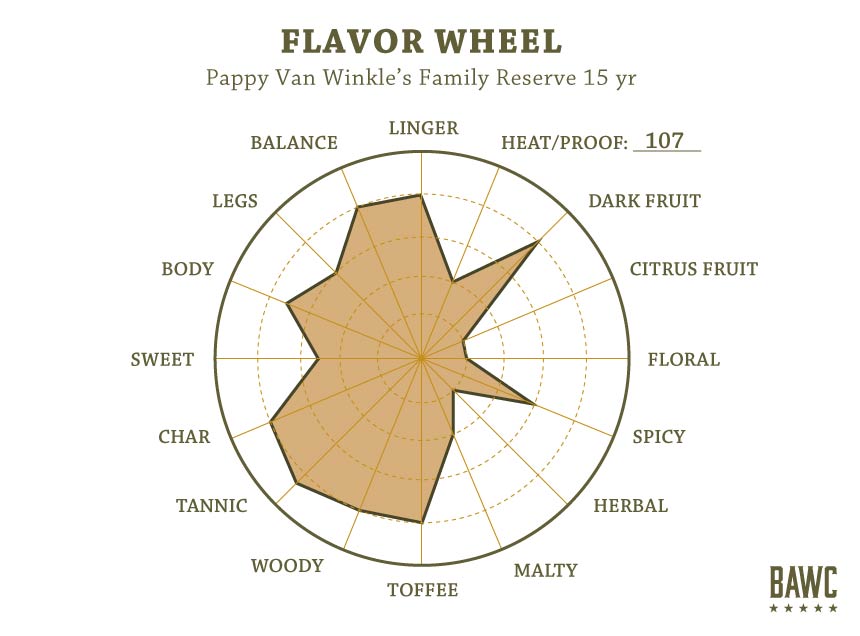 In a Word: Savory

Conclusion: Pappy Van Winkle 15 year is top of its class. We have yet to taste a better wheated bourbon. It’s worth every penny at $150 (not $500+). From the nose to the finish it knocks it out of the park. What more can be said? It really does live up to the hype.

For me personally, it’s a little too smooth. I prefer whiskies with a bit more fight to them. Wheated bourbons don’t get me excited because they usually lack character. Don’t get me wrong though, this bourbon is absolutely fantastic. It’s just a personal preference thing for me. I’ll reach for George T. Stagg over Pappy Van Winkle. But that’s some great company to keep.